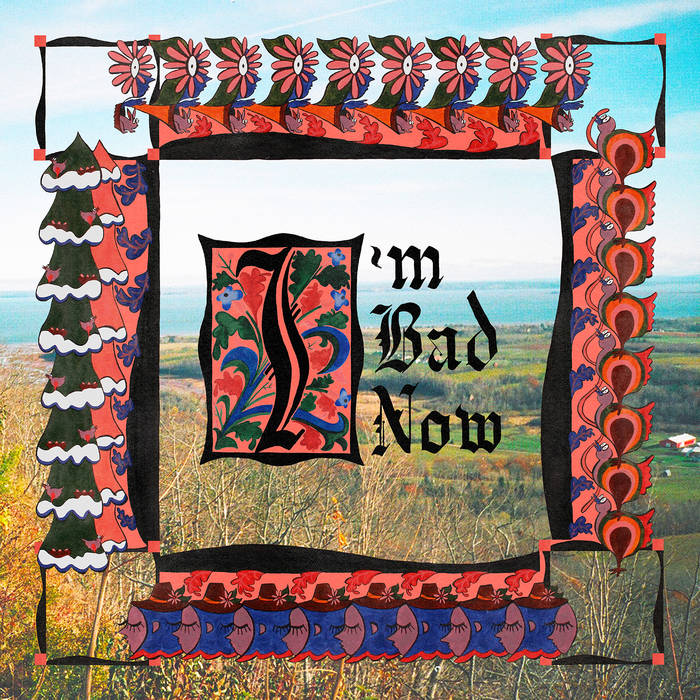 The acclaimed Canadians return with an ambitious, allusive third album that achieves a new sonic clarity, depth, and range to match the effortless melodies and extraordinary writing. It’s the band's most transparent and personal set of songs to date, in which singer Nigel Chapman interrogates social, psychological, and spiritual milieus for clues about the elusive nature of knowledge.

In one inconceivably complex cosmos, whenever a creature was faced with several possible courses of action, it took them all, thereby creating many distinct temporal dimensions and distinct histories of the cosmos. Since in every evolutionary sequence of the cosmos there were very many creatures, and each was constantly faced with many possible courses, and the combination of all their courses were innumerable, an infinity of distinct universes exfoliated from every moment of every temporal sequence in this cosmos.

The concept of the multiverse—the theoretical existence of infinite universes parallel to or interpenetrating our own—exists as a ripe conceit in fiction as well as physics, with Jorge Luis Borges’s 1941 story “The Garden of Forking Paths” perhaps the most famous literary contemplation. But British philosopher Olaf Stapledon’s description in his 1937 novel Star Maker is earlier and weirder, with its tactile, slightly foul, and rather terrifying description of universes “exfoliating,” like some kind of cosmic dandruff, from every critter’s every potential course of action. These convoluted circumstances are encountered by Stapledon’s first-person narrator, a human being whose disembodied “cosmical mind” roves unmoored through eternally expanding spatiotemporal scales, like some kind of cosmological detective searching for origins and eventualities.

Outside of science fiction—IRL—we rarely find those answers, or even those inquiries. They don’t usually arrive in digestible pop song or meme form. So the ambitious, allusive new album by the Canadian band Nap Eyes is an anomaly. These songs position the band’s enigmatic songwriter Nigel Chapman as a Stapledonian “cosmical mind,” an existential detective who interrogates social, psychological, and spiritual milieus for clues about the elusive nature of knowledge. In this role, the song-persona, if not the songwriter, resembles a monkish, beatifically stoned Columbo, vigilantly squinty-eyed in his metaphysical quest for self-understanding, despite ostensible bumbling on the physical plane.

I’m Bad Now, the most transparent and personal Nap Eyes album to date, constitutes the third chapter of an implicit, informal trilogy that includes Whine of the Mystic (2015) and Thought Rock Fish Scale (2016). The brilliantly reductive title is something I’ve heard my four-year-old son and his friends announce verbatim when roleplaying the perennial game of heroes and villains, “good guys” and “bad guys.” “I’m bad now,” he declares, but an equivocal binary is implied: it’s only a matter of time or trading places before he (or anyone) has the capacity for good again. Perhaps goodness will manifest in the multiverse, on a different circuit than this faulty, frayed one. Is that faith or fantasy? And what is the difference? The title is also, of course, a sly Michael Jackson appropriation.

While Nigel composes Nap Eyes songs in their inchoate form at home in Halifax, Brad Loughead (lead guitar), Josh Salter (bass), and Seamus Dalton (drums), who live a twelve-hour drive away in Montreal, augment and arrange them, transubstantiating his skeletal, ruminative wafers into discourses that aim to transcend what Nigel, in the song “Dull Me Line,” self-laceratingly deems “bored and lazy disappointment art.” The band provides ballast and bowsprit to Nigel’s cosmical mind. The nautical metaphor is not just whimsy: Nap Eyes are all Nova Scotians by raising and temperament, acclimated to life on an Atlantic peninsula linked narrowly to the rest of North America (“Follow Me Down,” with its “broad cove” and bay, and “Boats Appear,” with its “steam trails rising from the sea,” both offer an evocative sense of place for these otherwise mental mysteries.) Brad is a physical guitarist whose lyrical grace is matched only by the dark ferocity of his feedback-laced solos. Salter and Dalton exercise an unassuming mind-meld melodicism and vigor, and their gentle thrumming lends a new sonic clarity, depth, and range to match the effortless melodies and extraordinary writing. One couplet herein suggests the exalted life-force of rhythm in the estimation of Nap Eyes: “Hearing the bass as you enter your teens/Exit your life recollecting universal themes.”

The technology of these songs, bass frequencies aside, is essentially catechismal, taking the form of questions and answers posed to assert faith, or to defend doubt. Selected quatrains can tell the tale. The lyrics traffic in second-person address, but the “you” is often Nigel himself, a gaze inward and not, as in the “you” of most romantic pop songs, directed outward to others. The self-interrogation of album opener “Every Time the Feeling” arrives with a subdominant chord and a subdominant attitude, only switching to the first person in the (repeated) final verse, for this devastating admission:

Oh I can’t tell what’s worse:
The meaninglessness or the negative meaning
But I figured out a way
To get on with my life and to keep on dreaming

“I’m Bad,” the almost-title track that deletes the temporal anchor of “now,” switches back to the second person self-address in a country-rock inclined tune that is stylistically different than anything the band has attempted, as well as mockingly self-flagellating. “You’re so dumb,” Nigel sings to himself, diagnosing his delusions. Each persona and decision, bad or good, multiplies futures in a recursive multi-mirror funhouse, and the album follows a slow arc toward self-acceptance, and maybe more: ambivalence begets paralysis; paralysis begets self-reproach; self-reproach begets acceptance; acceptance begets joy; joy begets ambivalence. “If there’s a right road, would you/Kindly show me?” he asks in the churning, static-electric “Judgment.” And then:

So choice is an illusion, memory a precarious neuroelectrochemical process, science and religion the two imperfect prongs of a crooked dowsing rod. The Socratic dialogues of “Sage” and “White Disciple” paint opposing philosophical portraits: “the doubtful sage” hopes, with humility, to vanquish “the damp, heavy disappointment of the wasted day,” whereas “White Disciple” pits a would-be novitiate against the dogma professed by a spurious, possibly sinister, guru. A half-baked application of the scientific method similarly fails to manifest the mutant truth, as the dream of “Boats Appear” reports:

It didn’t work when I fed the cells
Such a high ligand dose
Too strong, it masked the effect
The mutant wouldn’t even show

Solipsism may at times seem to be Nap Eyes’ primary investigative mode, but some of the loveliest moments involve rare glimpses of connection, anxious invitations to alien others. The galloping rhythmic rush of “Roses” locates an external “you” that remains a mirrored embrace: “People look for their reflections/Everywhere in everyone/Some like a soft glow, some a little sharper depiction.” “You Like to Joke Around with Me” offers such a sharper depiction in the form of a self-portrait:

And yet our hard-pressed hero is redeemed by friendship: “Last night, my friends surprised me/With gestures of kindness I’d never expect,” catalyzing a minor revelation: “Tuning yourself/To catch another’s wavelength/Sure can make a difference/In this world.” The band itself is tuned to the wavelength of succinctly stinging, guitar-centric rock and roll—in other words, and by today’s genre standards, folk music. The indelible melodic clarity of the instrumentation, coupled with the calm, lucid inquisitiveness of Nigel’s voice elevate certain verses, like this one from “Follow Me Down,” to the heights of everyday poetry:

I went out walking with my headphones on
Classical Indian raga twenty minutes long
Then I listened to old American folk song
A little bit shorter, still a lot going on

Ultimately, nature (a nightingale’s song) and distance (walking alone in the cold) provide the potential of peace, an escape from the anxious tyranny of the self, as in the rousing finale of “Sage”:

Maybe far away
The night is beautiful and rustic and grey
The rain is rustic, the fields and pastures
Are a deep dark grey

We are very many creatures, with innumerable possible courses to explore. So let fly the cosmical mind into the gray night, dear listener. But don’t take my word for it. Again, Star Maker illuminates: “Barren, barren and trivial are these words. But not barren the experience.”

"Brimming with passion & protest. Immediately familiar, yet bracingly distinct… one the most intriguingly idiosyncratic lyricists this side of Dan Bejar." – Pitchfork

"One of the best rock bands in business today." – The FADER

"One of the most fascinating songwriters we have today." – Newsweek

"Purveyors of beatific, sun-drenched roadtrip tunes. Nigel Chapman is owner of one of the most beautiful voices I’ve heard in years." – NME